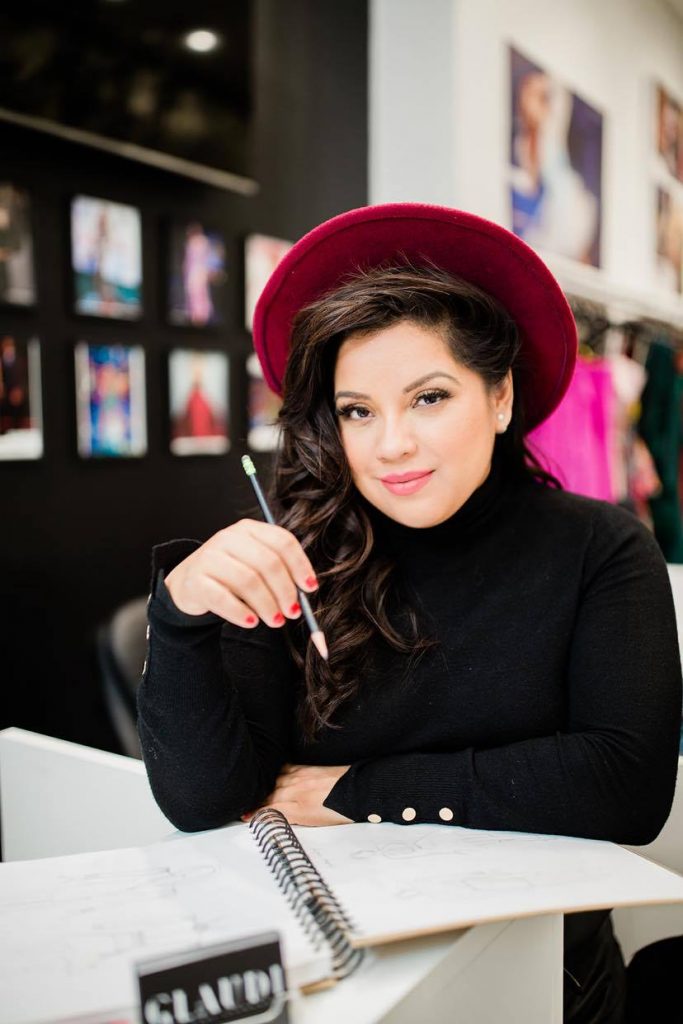 GLAUDI by Johana Hernandez is a celebrity designer focusing on Haute Couture Bridal, Evening gowns and Mens Bespoke suits based in the capital of Fashion Beverly Hills. Our designer Johana Hernandez is one of the most influential latina designers in America that has been nominated as 25 most influential Latinas on People en Español and is also the first latina to be on the cover of Beverly Hills Courier since 1965, first Salvadorean latina to be presenting in Paris Fashion Week and is part of Marquis who’s who of America with GLAUDI. The Los Angeles flagship stores are based out of Beverly Hills and the city of Downey and we take pride in being a leading company in custom designs and making made to measure designs to fit every shape and size perfectly for Women and Men.GLAUDI also specializes in Mens collections meticulously tailored and inclusive in sizing. Our fabrics are luxurious and the best in the world imported from Europe and across the globe. Johana's emphasis on personalization makes GLAUDI designs a dream come true for any special occasion as all collections can be custom made and designed to your liking.

The house provides a luxurious experience for that special day engraved with elegance and everlasting love. Guided by Christian values, as each dress is blessed and inscribed with the verse "...the two will become one flesh. So they are no longer two, but one flesh. Therefore what God has joined together, let man not separate" (Mark 10. 8-9). Love blessing you with a GLAUDI design!

Ms. Hernandez is renowned as an entrepreneur and fashion designer with more than 17 years of innovation in the clothing industry. Born in Los Angeles along with two brothers, their parents came to the United States to escape the war in El Salvador. As a child, Ms. Hernandez accompanied her parents to see them work in the factories producing garments for global brands, including Calvin Klein and Tommy Hilfiger. She thus learned about garment construction and manufacturing processes and began designing her own clothing as a hobby with her mother.

Preternaturally talented, the Fashion Institute of Design and Merchandising (FIDM) alumni became head designer of Bebina Jeans and Cappuccino Jeans in 2004 at the age of 19. Her first collection for Bebina Jeans was featured in the Wall Street Journal, sharing how their fabric was the same quality as Japanese denim at a lower price. She then departed to pursue freelance work for Denim Head and HL Clothing Company.

Ms. Hernandez further flourished as a designer for Fortune Fashions, Jerry Leigh Entertainment Apparel, Seven7 Jeans, and plus-size retailer Lane Bryant. In 2011 Ms. Hernandez established GLAUDI by Johana Hernandez, a bridal and haute couture evening gown line. GLAUDI is named after her mother "Gladis" to share that the brand came from the family's hard work. The GLAUDI Downey, CA store opened in 2016, and the store in Beverly Hills opened in 2019.

Driven by memories of her parents' work in garment factories, Ms. Hernandez wanted to build her company with a family environment and to ensure that all her employee artisans were compensated fairly and treated with respect. Notably, she has utilized her profits from the GLAUDI line to build and supply a school in El Salvador. During Covid 19, GLAUDI made 1,000's of masks for front liners in hospitals, the LAPD, and the public to use her talent to help the community. Operating by her motto, "God is fabulous," Ms. Hernandez also hosts Bible studies for women and mentors youth through the Big Brothers, Big Sisters program in addition to her constant fundraising and advocacy for underserved children throughout Latin America.

A sought-after speaker in her field, Ms. Hernandez served as a designer-judge on the international TV series "The Fashion Hero." Recognized as the FIAT Design Campaign winner, she was notably selected as one of the top 13 designers in the US to participate in the 2013 NBC series Fashion Star. Among other honors, she has been profiled as one of People en Espanol's 25 Most Powerful Women in 2014, Latina Magazine's 30 Under 30 in 2015, and one of the 50 Most Influential Women in Latin America in 2019. Featured for being the youngest Latina business owner in Beverly Hills, in 2020, Ms. Hernandez was the first Latina to grace The Beverly Hills Courier's cover since 1965. She was inducted into Marquis Who's Who directory in 2020.

Ms. Hernandez is proud to be the first Salvadoran American to show during Paris Fashion Week and is emphatic about designing for and representing all bodies in her collections. She was inducted into the Hall of Fame in Downey High School, her alma mater, one of the country's best schools.

Driven by memories of her parents' work in garment factories, Ms. Hernandez wanted to build her company with a family environment and to ensure that all her employee artisans were compensated fairly and treated with respect. Notably, she has utilized her profits from the GLAUDI line to build and supply a school in El Salvador. During Covid 19, GLAUDI made 1,000's of masks for front liners in hospitals, the LAPD, and the public to use her talent to help the community. Operating by her motto, "God is fabulous," Ms. Hernandez also hosts Bible studies for women and mentors youth through the Big Brothers, Big Sisters program in addition to her constant fundraising and advocacy for underserved children throughout Latin America. 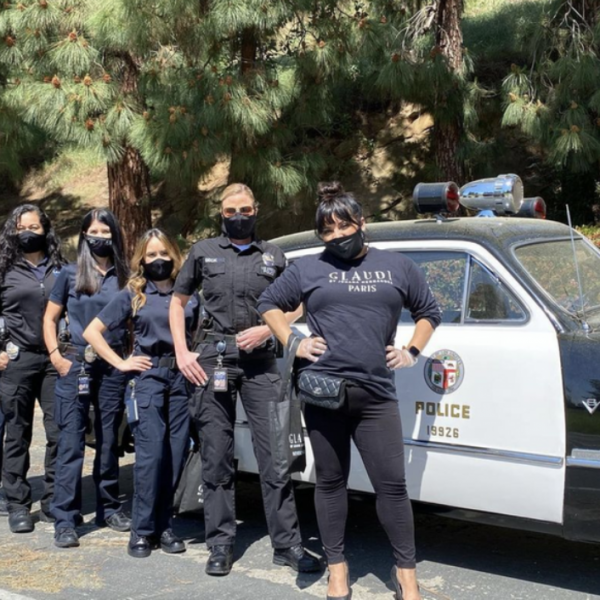 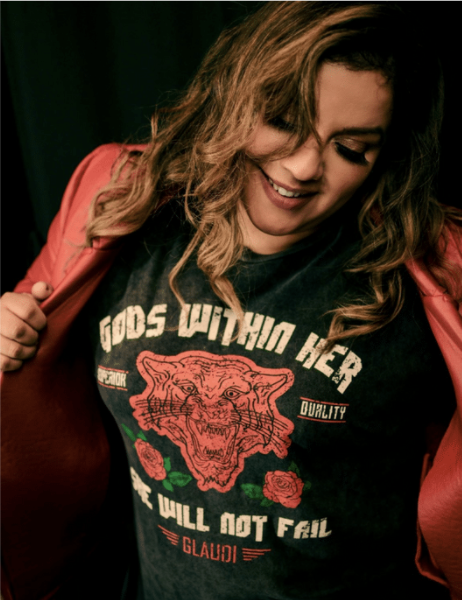 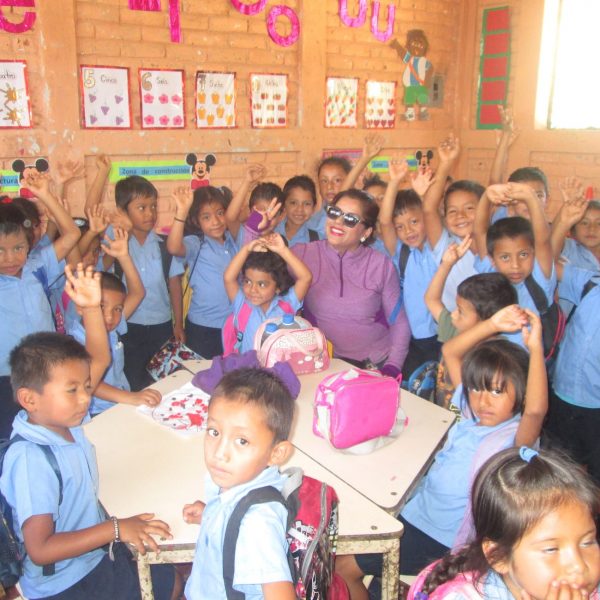 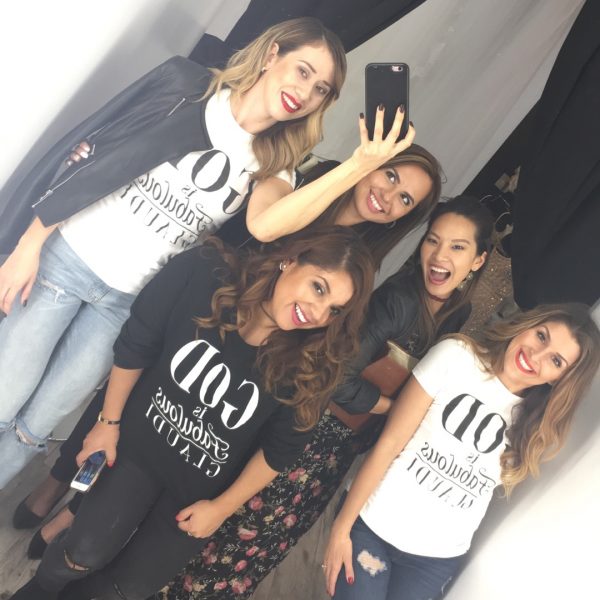 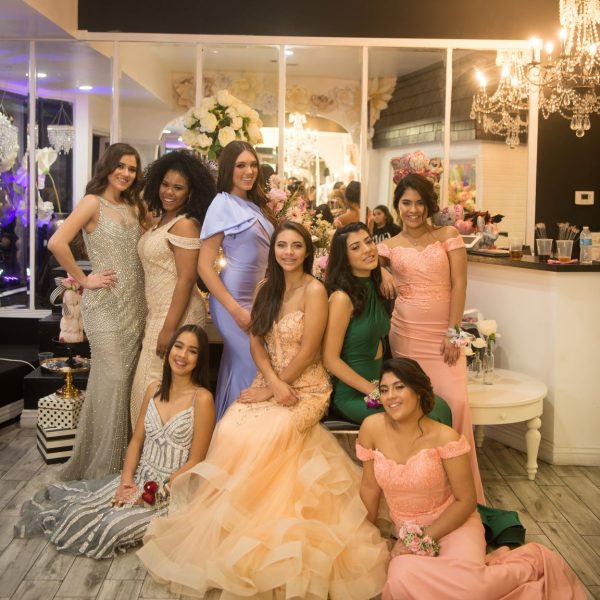 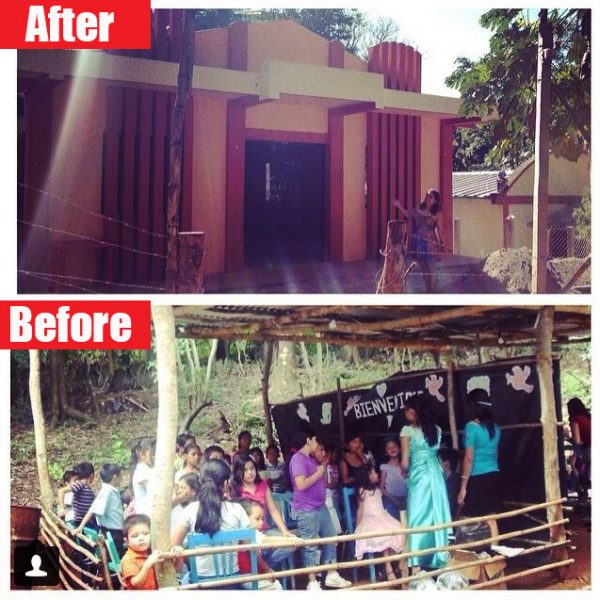 Johana Hernandez is not only Fashion Designer of GLAUDI but a fashion critic for the hottest Red carpet events in Los Angeles such as Emmys, Oscars, Grammys on Univision, Telemundo and many more networks Johana is now starring as a designer judge on The Fashion Hero. Reality TV show airing internationally on Amazon Prime. The Fashion Hero will invert the unrealistic qualities the fashion and beauty industries attain, and promote the beauty of inner-self where she will be choosing the face of GLAUDI through a series of models competing to win and show that they have more to offer than just beauty. In 2013, Johana Hernandez starred on NBC’s reality designer competition series Fashion Star. Johana was the winner of the FIAT designer campaign and was mentored by Nichole Richie, Jessica Simpson and John Varvatos. While all of these accolades have been awarded to her, they were earned with hard work and sacrifice.

Johana came from a humble family she was born and raised in the city of Compton and her parents worked long hours in sweatshops, sewing for brands such as Guess, Calvin Klein and Gap. As her time was invested in the sweatshops with her parents, Hernandez’s passion for fashion ignited. At only 19, she earned her first job as a head designer, where her first collection was featured on the Wall Street Journal. At 22, she became head designer of Seven7 Jeans where she also designed for license for Isaac Mizrahi Jeans, Eli Tahari, and many more. Her designs have been sold worldwide at mass retailers such as Saks Fifth Avenue, Macy’s, Bloomingdales,and many more. Now you can find GLAUDI in Paris Fashion Week, New York Fashion Week, LA Fashion Week and across the globe. Through her talent her favorite message to share is “GOD is Fabulous! “ who knew a girl from Compton would create a brand of luxury and sophistication.

All gowns are custom made to your measurements and alterations are included at no extra cost. Note: we can also custom design details such as sleeves, straps, and color.

M-Sat 11am- 6pm, Sun by appointment only